2015 Dodge Challenger SRT Hellcat Could be Limited to 1,200 Units

Production of the insanely powerful 2015 Dodge Challenger SRT Hellcat may be limited to only 1,200 units. That’s the word from Edmunds, citing a Chrysler Group person that did not want to be identified. Although the automaker has yet to confirm the said number, we won’t be surprised if this report turns out to be true. And for more than one reason.

First of all, it’s only natural for such a powerful machine to come available in limited quantities. The Hellcat is no regular Challenger and we don’t expect Dodge to keep it in production until the current generation model is phased out. At least not as a regular production car. Selling 1,200 examples each year for the next two to three years would make more sense. Sure, demand will surpass production and Dodge will have a lot of unhappy customers to deal with, but that’s what makes a muscle car like the Hellcat special.

Secondly, a limited run would bring more bad news to customers. As Hellcats will start disappearing from dealer preorder “lots,” the $60,990 sticker (delivery included) will blow through the roof. Dealers win, Dodge wins, and customers will just have to fork more cash for the privilege of owning 707 horses and 650 pound-feet of torque in the shape of a Challenger.

Click past the jump to read more about the 2015 Dodge Challenger SRT Hellcat.

The Urus may be the First-Ever Turbocharged Lamborghini

We already knew that the Lamborghini Urus would go on sale for the 2017 model year, but the SUV’s powertrain was still a mystery, with both naturally aspirated V-10 and V-12 options on the table. A twin-turbo, V-8 powerplant has also been in the rumormill, as was a hybrid drivetrain, but it appears that the Italians might be forced to go with the former in order to meet the rigorous global emissions regulations that are looming in.

“An SUV could be a turbo engine for the first time for us,” Lamborghini CEO Stephan Winkelmann told Auto Express, while head of R&D Maurizio Reggiani hinted the company may be forced to drop turbocharged units into its models by 2017.

Although the representatives declined to go into specifics, Audi’s new twin-turbo, 4.0-liter V-8 mill is the most likely candidate for the Lamborghini Urus, which will also share underpinnings with the upcoming Audi Q7 and Bentley SUV.

The said engine currently pumps 560 horsepower into the RS6 Avant and the RS7, but output could be increased to reach the 600-horsepower mark, given Lamborghini’s desire to roll out the sportiest SUV on the market.

Click past the jump to read more about the Urus.

The Urus may be the First-Ever Turbocharged Lamborghini originally appeared on topspeed.com on Friday, 2 May 2014 20:00 EST. 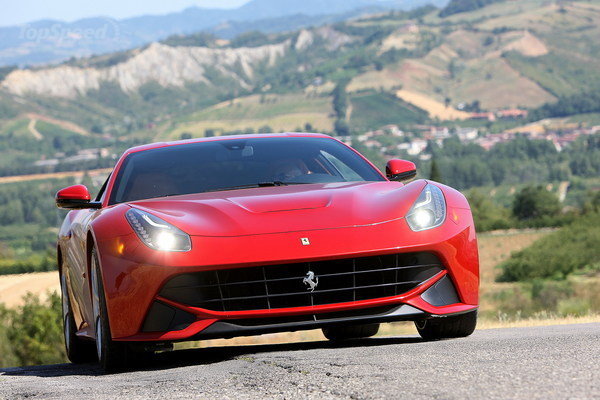 That much was alluded to by a recent study conducted by British research firm Brand Finance who determined that the Prancing Horse holds the keys to the car as far as the being the most powerful brand in the world.

Sure, its brand value is only at $3.6 billion, a far cry from the brand values of Apple ($87.3 billion), Samsung ($58.8 billion), and Google ($52.1 billion). In terms of revenue, a key factor in determining brand value, there’s no way Ferrari has the legs to compete with these tech giants.

But according to Brand Finance, once you factor in other important financial metrics (net margins, average revenue per customer, marketing and advertising spend) with qualitative metrics (brand affection, loyalty, emotional attachment), then nobody can unseat Ferrari on the top of the list.

With Ferrari so used to getting compared to other automakers in the industry, being considered the most powerful brand relative to every company in the world is an achievement that’s pretty remarkable. Especially when you’re staring down a top five list that includes Coca-Cola, Google, PwC, and Hermes.

Understandably so, Ferrari chairman Luca di Montezemolo was thrilled about the results of the study. “It is always a pleasure to top any list and still more so when the competition includes some of the world’s most famous companies,” he said.

“This achievement proves that even in very tough economic times, Italy can still offer the world businesses of excellence. Behind this acknowledgement are exceptional products made by equally exceptional men and women. They made it possible and for that I thank them.”

Rumors have been swirling since 2011 regarding the Chevrolet SS and we were amongst the first to start discussing it. The rumors cooled off up until a few weeks ago when after 40 years of using the “SS” logo, GM finally decided to trademark it. Later the rumors became even more certain, as OnStar, GM’s in-vehicle communication system, mistakenly put the 2014 model lineup on its site. Within that lineup was a model dubbed the SS Performance.

This all adds up to a solid case that the Chevrolet SS Performance is on its way to the U.S. According to the rumormill, this would also result in the Holden Commodore SS, which was once used as the Pontiac G8, becoming the vehicle that dons the 2014 SS Perfomance badges.

With this release, Chevy would finally have a performance sedan to stack up against the likes of the Charger R/T and the Ford Taurus SHO.

UPDATE 02/16/2013: Chevy has officially unveiled the SS Performance on a in Daytona, FL. We have updated this review with all of the official features and specification.

Click past the jump to read our full review of the anticipated SS Performance and how it stacks up against the competition.

Surely, this is a vehicle that is on its way to becoming a prized possession of many environmentally friendly people who still enjoy to cruise around at high speeds, right? Negative. Audi has decided that it will be putting this project on hold and could even be axing it in the future.

The decision to put the car on hold was made by Audi’s new R&D chief Wolfgang D rheimer who thinks that the high price of the batteries could still be a problem. He also fears that there aren’t enough customers interested in an electric car of this caliber.

This seems to be a reasonable explanation for putting a vehicle on the back-burner, but we’re still a little bummed that we will not be seeing the R8 e-tron in all of its glory. Then again, we can take comfort in the fact that the Audi F12 E Performance Prototype is still out there, chugging along with the R8 e-tron’s technology, so not all is lost.

The past few many weeks havenât become feasible for Spyker. Immediately following conclusion it has connections by using Saab, in addition to evolving this is brand back again because of Remedial Car or truck . towards Spyker, the business enterprise declined concerning hard times. CEO Winner Muller established earlier in which people were necessary whenever observed, production could greatly strengthen.Unfortunately, individuals investors by no means materialized not to mention, because of that, auto appropriateness involved with Spyker has continued in it is going downhill. Spyker was basically not too long ago throughout considerable purchase talks with CPP World-wide Holdings and then Northern Block Cash, nevertheless together organizations go noiseless in past times couple of months not to mention Spykerâs forthcoming looks particularly dreary ever again.Delaware Telegraaf a short time ago announced of which Spyker Cars submitted an internet profit for $154 thousand in just the initial Couple of months of year and consequently, you should are convinced getting a large buyer and seller became a walk-in-the-park. However, thatâs incorrect.For praoclaiming that, yet, Victor Mullerâs record that clients are âvirtually debts freeâ doesnât result in usa having good deal of assurance, for the reason that itâs evident that firmâs undisclosed debt ranges can be dissuading people coming from choosing any personal marque. 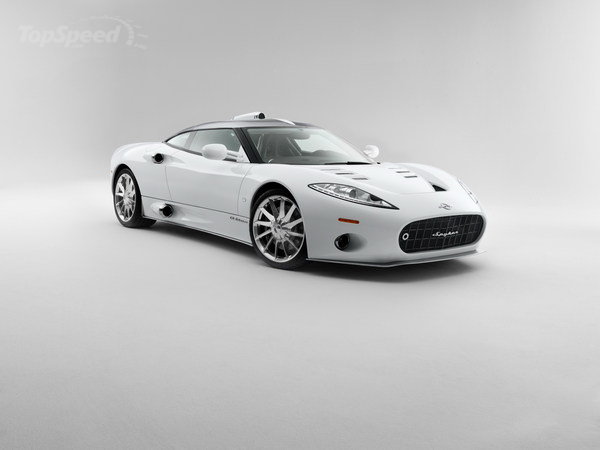 McLaren developed his or her’s objectives upon generating a tiny, stripped-out supercar apparent whenever they released a fabulous style fight prompting enrollees participating in this Regal Higher education of Artâs auto type lessons to visualize an important minimal McLaren supercar. Now, all the one who did that of this challenge continues to be decided on and could you have to be any starting position so that you can McLarenâs long term version.All of the McLaren JetSet produced by Marianna Merenmies applies an auto not to mention incorporates intensive degrees of carbon fibre about the framework, physical structure, along with locomotive’s wheels. The idea processes just Three.5 m rather long plus One particular.Goal m superior, as well as a new proposed exhaust coefficient from 6.30.When ever asked about the near future model type, McLaren Layout management Blunt Stephenson talked about: “Itâs about producing much more of a reduced amount of. Itâs our responsibility towards move vehicle technology , to produce any car much safer, brighter, bigger, more streamlined, eco-friendly and more excitement to operate.”Expect to determine the brand new supercar created throughout 2015 with an designated tariff of ï¿¡50,Thousand, and also on the subject of $78,1000 along the today’s forex rates.