Rumors have been swirling since 2011 regarding the Chevrolet SS and we were amongst the first to start discussing it. The rumors cooled off up until a few weeks ago when after 40 years of using the “SS” logo, GM finally decided to trademark it. Later the rumors became even more certain, as OnStar, GM’s in-vehicle communication system, mistakenly put the 2014 model lineup on its site. Within that lineup was a model dubbed the SS Performance.

This all adds up to a solid case that the Chevrolet SS Performance is on its way to the U.S. According to the rumormill, this would also result in the Holden Commodore SS, which was once used as the Pontiac G8, becoming the vehicle that dons the 2014 SS Perfomance badges.

With this release, Chevy would finally have a performance sedan to stack up against the likes of the Charger R/T and the Ford Taurus SHO.

UPDATE 02/16/2013: Chevy has officially unveiled the SS Performance on a in Daytona, FL. We have updated this review with all of the official features and specification.

Click past the jump to read our full review of the anticipated SS Performance and how it stacks up against the competition. 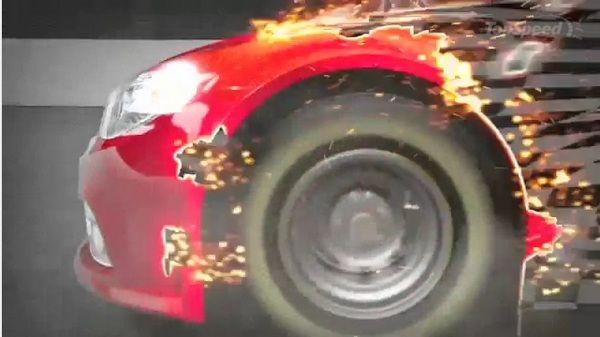 A few days ago, Chevrolet unveiled the SS NASCAR racecar. Not exactly the SS everyone expected, but with some exercise of your imagination you could get a pretty good idea of what the production-model SS will look.

To help you a little bit with that, Chevrolet decided to tease the car for just a few seconds in the SS NASCAR Sprint Cup racecar’s official presentation video in Las Vegas. You get to see part of the headlights, rear lights, front and rear bumper, and you will hear the promise that the “Chevrolet SS will arrive soon!”

For those of you who do not remember, the SS is rumored to be powered by a 6.0-liter V-8 engine that delivers a total of 348 horsepower and 381 pound-feet of torque. It will arrive in dealer showrooms in late 2013.

The peek-a-boo session with the production SS happens pretty late in the video and the rest of it is pretty dull, so we’ll spare you watching the whole video for just a few seconds of goodies. The sneak peak occurs at about the 10:49 mark on the video. Feel free to watch the entire video if a NASCAR reveal is tickles your fancy though.

The Ford Mustang Boss 302 has only been around for a pair of years now and when it was first released, Ford promised us that it would only have a two-year lifespan. We mostly scoffed at the idea, thinking that Ford would darn sure keep it around if it sold like hotcakes and was profitable. Well, if there’s one thing Ford is good at, it’s keeping promises, as it has announced a slew of changes for the 2014 model year and one of those was bye-bye Boss 302.

So, if you have had your heart set on getting a Boss 302, you had better scrape up the $42,200 buy-in and head out to your closest Ford dealer to pick up a 2013 version — we’re willing to bet that they will go pretty fast. In an inventory search of our local Ford dealerships, we are only coming up with three Boss 302 models available, and it’s likely the same around the country.

Okay, enough with the depressing stuff, as Ford also released other information for the 2014 model year. A pair of new colors will be added to the 2014 Mustang: Oxford White and Ruby Red Metalic with Tinted Clearcoat. With those additions comes the deletion of two similar colors and one Boss 302-specific color: Red Candy Metallic with Tinted Clearcoat, High Performance White, and the Boss 302-exclusive School Bus Yellow.

Though the Boss 302 is going away, the super-high-performance `Stang – the Shelby GT500 – is staying and gaining standard heated seats, and the two new exterior colors that we mentioned earlier.

So there we have it, the last model year before the supposed big 2015 redesign will include the axing of a crowd favorite and some very basic additions. Nothing to get really excited about, but plenty to be sad about.

Jay Leno Reviews the 240Z and Grills Nissan on a Successor

Whether you love or hate Jay Leno as a “pop culture” late night show host, you still can’t help but love him in his position on Jay Leno’s Garage. In the latest episode, Jay makes it all the way around the world to Japan and test drives a Fairlady 240Z. Not only is the 240Z just one of those timeless and iconic sports cars, but it is revolutionary for the Japanese sports car world.

Jay then takes some time out to talk with his friend that heads up Nissan’s design team and he has a nice surprise for his friend, as he jokingly grills him on the rumored 240Z remake. We actually get a good glimpse at the preliminary design silhouette of what we can only assume would be a revived 240Z and a look at some of the concept drawings made of it and the current 370Z.

What’s cool though is that his friend does not play the denial act that most design heads would do. He all but confirms the fact that Nissan is planning something big for its 8th anniversary which comes about in 2013, and makes it clear that the 240Z revival may be said big thing.

Just seeing the Nissan design room was cool enough, but getting semi-confirmation of the 240Z – even if it was more of a non-denial than a confirmation – was pretty cool. Enjoy!

The last time we saw a G-Powered BMW it was the M5 Hurricane RR, which ended up being the world’s fastest LPG-powered vehicle. Well, G-Power is back for a little bit more, but this time in a much smaller package: the 1M.

If the 1M and its 335-horsepower turbocharged 6-cylinder engine just isn’t enough for you, the BMW 1M G1 V8 Hurricane RS by G-Power just might be the ticket. G-Power took special care of this 1M coupe and brought it to a point that just about any auto enthusiast could be both impressed and scared to death of it at the same time.

What’s awesome, though, is the amount of careful planning that BMW put into the 1M straight from the factory had a direct relationship with the amount of power G-Power was able to crank out. BMW fitted the 1M with the front and rear axles of its M3 counterpart, giving it the clean and stout base that the 1M needs to handle more intense power output.

So, did G-Power earn another gold star with its latest BMW modification or did it fall a little short of the precedent it set with the M5 Hurricane RR?

Here we go, folks. The 2012 model year was the last for the current Aston Martin DBS, but Aston Martin fans will be kept busy with the 2013 DBS Ultimate, which is little more than a slightly upgraded version of the Carbon Black model, but a limited edition nonetheless. Once the novelty of that model wears out, the newly redesigned Vanquish will be here and ready to soak up the spotlight. In the past few months, we have seen plenty of spy shots of the new supercar, but Aston Martin has finally decided it was time to offer full details on the new Vanquish. As you probably know, the new DBS successor not only received a completely new design, but it also revived a legendary name: Vanquish.

The reasoning behind the name choice was explained by Aston Martin Chief Executive Officer, Dr Ulrich Bez, himself: “Today’s Vanquish is the ultimate expression of Aston Martin design ethos, engineering innovation and technical ability. It offers luxurious, continent-crossing capability and pure driving excitement without compromise. Bearing the same name as the iconic original Vanquish that did so much to cement Aston Martin’s reputation as a maker of great GT cars in the modern era, I believe the car unveiled today once again puts this great British brand at the top of its class.”

Did the British brand overshoot, or did it just find a way to catapult sales? Hit the jump to read more about the new Aston Martin Vanquish and decide for yourself.

UPDATE 06/22/2012: Aston Martin has finally released the online configurator for its much-anticipated sports car, the Vanquish, which is a true sign that the wait is finally over. The first thing that absolutely will blow your mind is the “Paint Colour” section, as there are 32 different colors to choose from. The palate you have to choose from is so full of varying colors that it looks like the paint card displayed in the paint department at Home Depot.

In addition to the paint colors, you get seven different rim styles to choose from and even five brake caliper colors. That’s just about as custom as you can get in a mass-produced car.

On the bottom of the configurator, you get a little wheel that allows you to rotate the car to get a good look at all sides of it. Our only complaint about that feature is that it is not very smooth and sometimes it has a mind of its own. There are far better ones out there that move the car more accurately and smoothly.

UPDATE 09/11/2012: Aston Martin has unveiled a new set of images, as well as a very cool video for their latest Vanquish supercar. Enjoy! 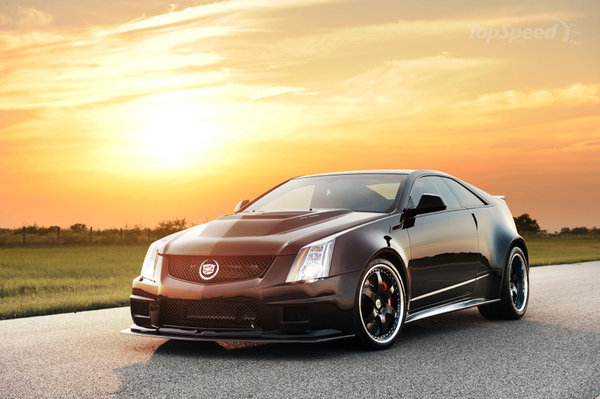 Hennessey is one of our favorite supercar builders of all times. Its engineers take cars that are already exciting, like the Lotus Elise, and turn them into monsters, like the Venom GT. Hennessey has again broken its own mold by taking a Cadillac CTS-V, an already bad-ass ride, and converting it into the VR1200 Twin Turbo Coupe.

This monster is fresh off of the press too, as Hennessey has just revealed all of its features and specifications. As expected from Hennessey, it produces incredible horsepower, torque, and speed numbers, plus it boasts extreme body modifications.

The real test is whether this VR1200 Twin Turbo Coupe really belongs in the Hennessey lineup and if it’s prepared to slay the likes of the Bugatti Veyron, Lamborghini Aventador, and the rest of the top supercars.

Click past the jump to read all about this CTS-V turned hypercar and find out if it lives up to its billing.