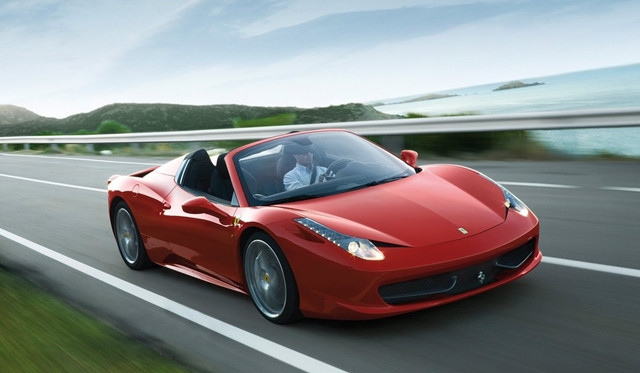 The Ferrari 458 Spider has been voted ‘Best Imported Cabriolet’ in the ‘Best Cars’ poll by the readers of the prestigious German car magazine Auto Motor und Sport.

After attracting a huge amount of praise in 2011 and 2012, it is the second time that the 570hp 458 Spider, which is the fastest Ferrari convertible ever, won this category. It is also the 15th time that a convertible Ferrari won this award overall. The prize was handed over to Ferrari CEO Amedeo Felisa by Auto Motor und Sport.

All in all, the Ferrari 458 Italia and 458 Spider together have already received more than 50 awards worldwide which make it the most acclaimed and successful models in the history of Ferrari.

This entry was posted on February 4, 2013 by icarzone. It was filed under Ferrari 458 Spider and was tagged with auto motor und sport, awards, Car, CAR NEWS, Ferrari, Ferrari 458 spider.